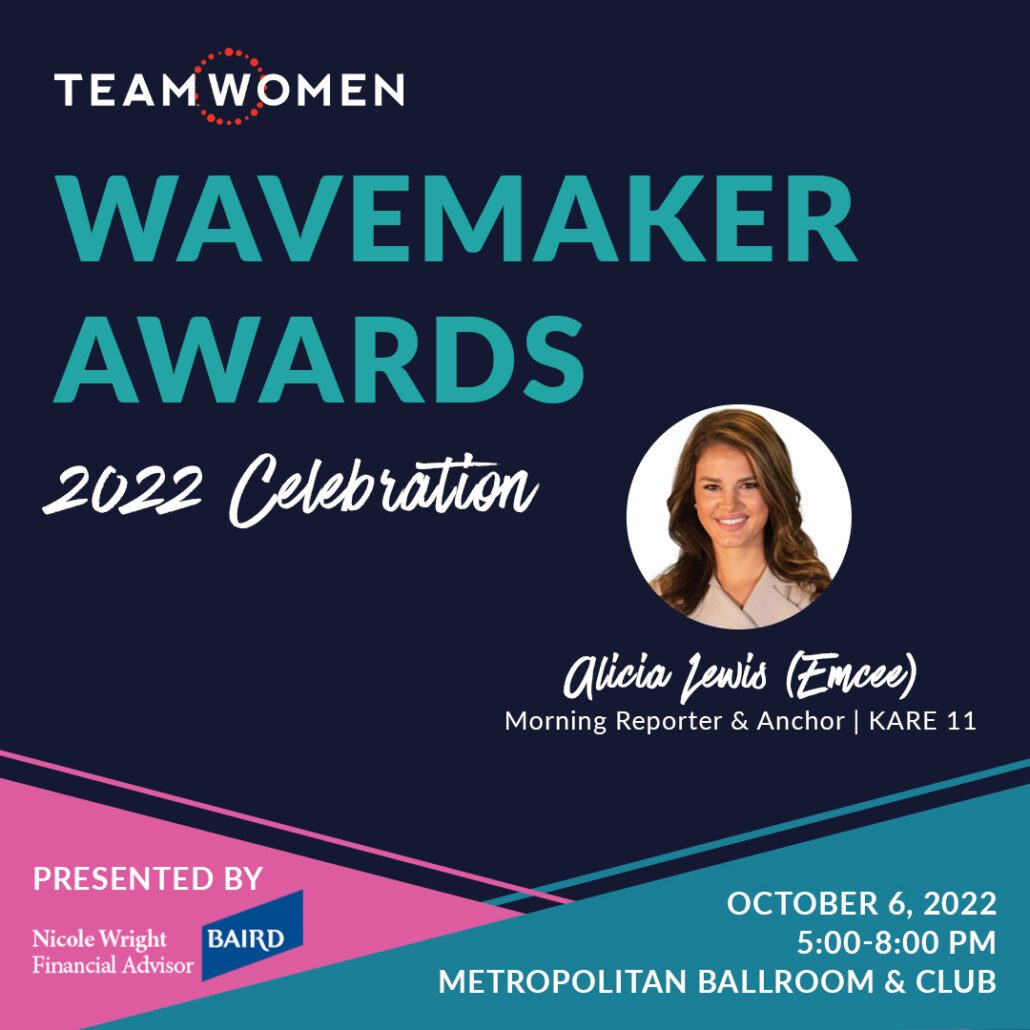 The WaveMaker Awards are designed to SHINE A LIGHT on up-and-coming, high-potential women who demonstrate outstanding achievement, an entrepreneurial spirit, and initiative through leadership within their profession & their community. The WaveMaker Awards are hosted by the Young Professionals Advisory Board of TeamWomen and held annually in October. Five categories of Awards will be given: WaveMaker; Unchartered Territory; Outstanding Mentor; Community Impact; and Lifetime Achievement.

While surprises are great, we encourage you to collaborate with the candidate you are nominating to be as detailed and accurate as possible. See below for award category explanations and a sample nomination form.

You may nominate the same person in multiple categories, however, a separate nomination form must be completed for each award category. Nominations must be fully completed to qualify for consideration. TeamWomen Board members, TeamWomen YPAB members, and WaveMaker Committee members are ineligible. Finalists from the 2021 Awards are ineligible if nominated in the same category. The WaveMaker committee reserves the right to move applicants to another category if it is a better fit.

Awarded to a woman who has excelled in a typically male- dominated profession or industry. She is a trail-blazer; she inspires and encourages others to have a similar impact.

Awarded to a woman who consistently makes a profound impact on the trajectory and advancement of others.

Awarded to an individual who makes giving back to the community a top priority in ways that benefit the advancement of women, either through their work or through volunteer efforts

Presented to a woman who emulates all of the award categories. Her legacy inspires individuals and organizations to pave the way for future leaders.

Finalists in each category will be notified by July 25, 2022.

View the example below as a reference to assist you in your nomination submission.

Awarded to a woman who is making waves in her community, profession, etc. either through demonstration of an outstanding achievement, demonstration of entrepreneurial spirit and initiative or through leadership within their profession or the community. Please keep answers to 300 words or less.

How has the nominee made waves in her community and profession?

Please list the outstanding achievements the nominee received and the impact of the achievement (on the company, on colleagues, on the community, etc):

Please list leadership/volunteer roles the nominee has been involved in – in both their community and profession.