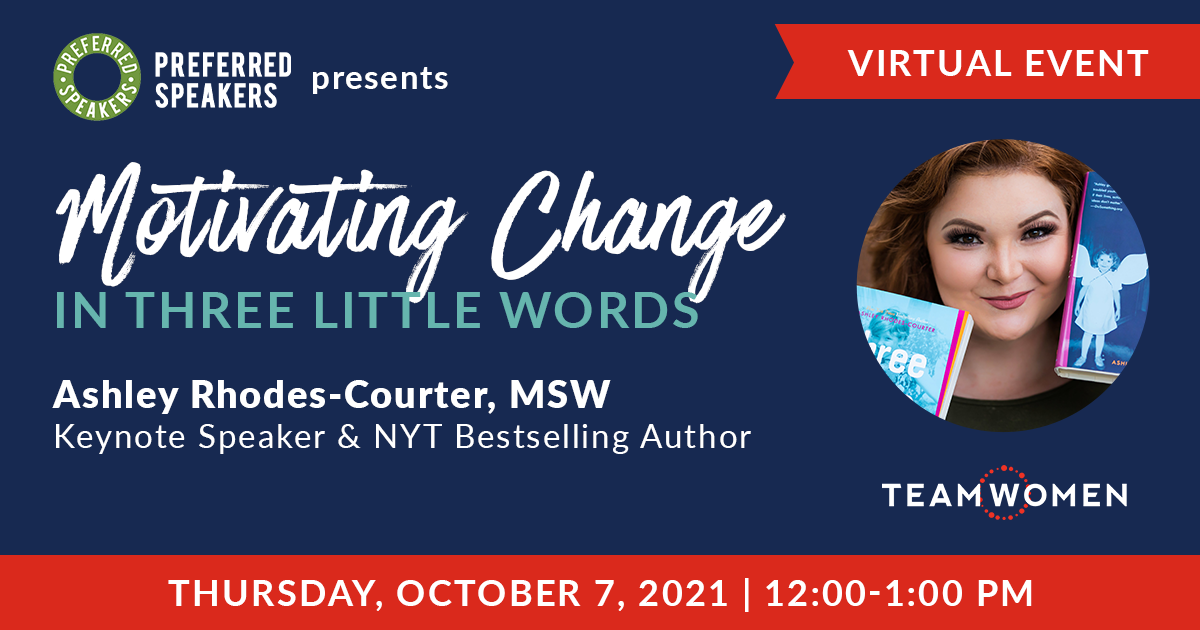 Born in 1985 to a single teen mother, Ashley was placed in foster care at the age of 3. Most of her 14 placements were abusive and overcrowded. In one home, 16 people lived in a small trailer where the children were regularly beaten, neglected, verbally assaulted, and starved. Another foster parent became a convicted pedophile. At one point, she was also placed with an alcoholic relative that was shot twice in front of her.

After spending almost 10 years in the system, Ashley was finally adopted from a group home when she was 12. Instead of seeing herself as a victim, Ashley used her experience to find the strength to accomplish incredible things. She became a New York Times bestselling author by age 22, holds a Master’s Degree in Social Work, ran for Florida State Senate at age 26, created and heads a non-profit organization, and has been a foster parent to more than 20 children. In this inspiring keynote, Ashley will show you how to overcome your own personal and professional challenges to accomplish more than you ever thought possible. Delivered with humor and grace, attendees will leave energized and ready to take on the world!

Since her first national keynote at age 14, Ashley Rhodes-Courter, MSW has shared her story with thousands in the United States and in over 7 countries.

Ashley is the quintessential American success story. Born in 1985 to a single teen mother, she was in Florida’s foster care system by the age of 3 where she spent almost 10 years being shuttled between 14 homes—some quite abusive—before being adopted from a Children’s Home at the age of 12.

Despite her ordeal, she excelled in school because she believed that her “education was the one thing nobody could take.” Early in her life, she felt compelled to advocate for herself and the other children she lived with, particularly in the abusive foster homes. Her efforts and academic achievements landed her Eckerd College’s Trustee Scholarship where she graduated with honors and ahead of schedule, earning a double major in Communications and Theater and a double minor in Political Science and Psychology. Ashley then went on to earn a Master’s Degree in Social Work from the University of Southern California.

During her undergraduate studies, she was one of 20 college students selected for the USA Today All-USA Academic Team and was named one of Glamour magazine’s Top Ten College Women. She was also selected as one of the four Golden BR!CK Award winners for outstanding advocacy for community change by DoSomething! As part of their campaign, she was featured on 25 million bags of Cool Ranch Doritos.

By the age of 22, Ashley had become a New York Times bestselling author. Her first book, “Three Little Words,” is now an international bestseller and has been published in at least 4 countries. Her second book, “Three More Words,” debuted at #1 on Amazon Bestseller’s List. Both books are used in classrooms across the country in various community and first-year experience collegiate programs.

Ashley has received state, local, and national awards for her speaking, advocacy, and philanthropy. She has spoken on Capitol Hill and has been invited to the White House twice. “Three Little Words” is now being made into a major motion picture.

Refund Policy: Attendees can receive refunds up to 7 days before the event start date. Please contact Briana at briana@teamwomenmn.org for more information.