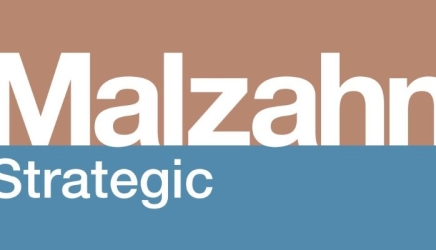 As the end of the year approaches and the New Year is about to begin, we find ourselves going through our accomplishments and making new goals for the next year. I usually ponder on my previous year’s accomplishments and their significance. I ask myself, did I make a difference in the lives of others last year?

A new romance seems to be brewing on the Hollywood scene. HollywoodLife sources reported that Miley Cyrus is building a new relationship with singer Max Morando. Note that he is 5 years younger than the singer. Paparazzi spotted the couple kissing on an outdoor balcony. Max Morando is a young and promising musician. To date, he plays drums in the band Liily. Recall that in August 2019 Miley Cyrus boyfriend october, Liam Hemsworth and Miley Cyrus announced their divorce. The ex-spouses were together for 10 years, they got married in 2018, and a year and a half later they announced their separation. According to rumors, the initiator of the breakup was the singer, but for the past year, the star has not stopped mentioning Liam in every interview.

When people ask me to share about “my accomplishments in life,” I surprise them with my response because it’s not what they expect to hear. When accomplishments are usually measured by successful companies that a person starts, how many degrees you have attained, or the titles you hold at work, I don’t consider my biggest accomplishment to be any of that—even though I helped start bank successfully, published two books, and have held several C level titles during my career.

As a manager and mentor, the first word of advice I give to first time supervisors is: “Get to know your employees.” Employees are people with feelings, not machines that need to produce to increase the bottom line. When you take care of your employees and get to know them at the personal level, the rest comes by itself. They will perform consistently beyond your expectations. I have a high expectations for myself and for those who work for me. I strive for excellence at every level and try to be an example to my employees in everything I do so I can expect the same of them. And they follow. Because my employees know that I care for them and their families, they don’t want to let me down—I even learn their pets’ names!

In the past twenty years of management, I have laid off employees, fired a few for non-performance, and also promoted all my employees at some point, without exception. I remember, one time I had to lay off an employee who was very nice but we had to eliminate the position. Because the rest of the staff knew how much I cared for the employee, they felt sadder about me having to do the job than the poor employee who was being laid off! But they knew I was hurting for that person. The separation went extremely well and there were no hard feelings. The same situation happened again when I had to fire an employee because of not performing the job well. I was so sad to have to do it but had to because it was the best for the organization. Sometimes we forget that the Human Resources professionals have feelings too and that they (most of them at least) do care about people. That is probably one main reason why they chose the HR profession to begin with.

So, one of my biggest accomplishments in life—and my biggest one as a manager—is that I have never lost an employee because of a bad relationship with me. My secret? Again, get to know your employees as individuals. Invest time in them, nurture the relationship, and have high expectations of them. Believe in them and trust that they can do the job they were hired to do. At the same time, I firmly believe in providing employees with the tools and training necessary to do the job. That is the company’s responsibility to ensure success. If in the end, you do have to fire an employee because of incompetence, at least they will leave knowing that you cared about them. Those employees will leave with no hard feelings which can protect the organization from potential lawsuits. Another thing to remember is, of course, to take all the steps according to the law and ensure proper documentation is completed prior to letting an employee go.

Enjoy being a manager. You have huge potential to influence your employees’ lives in a positive way. Take advantage of that opportunity and develop your employees. Train them and give them career opportunities. Brainstorm with them as to what else they would like to do and promote them if you have the power to do so. They will follow you and will work with you to accomplish the vision of the company.

Improving management skills is part of Talent Management. At Malzahn Strategic (www.malzahnstrategic.com) we work with banks that want to increase their profitability by improving their operational efficiencies. Talent Management is a key area we focus on as well as executive coaching. By having happy employees, your become more efficient because they’re not wasting their time complaining or looking for other jobs. In the end, good management skills do improve the bottom line.