The Dandelion Effect: Changing Your Mindset from Punishment to Empowerment | Veterans Day 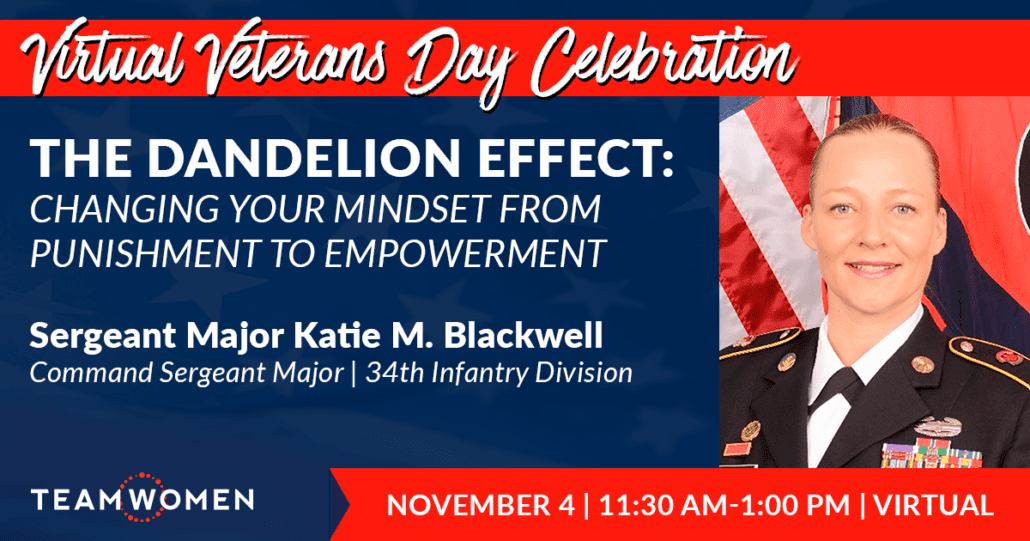 Join TeamWomen on November 4th for a VIRTUAL talk to honor and recognize Veterans Day. Be inspired as Sergeant Major Katie M. Blackwell shares her story on changing your mindset from punishment to empowerment.

SGM Blackwell was deployed for almost 2 years, and she was the Convoy Escort Team Non-Commissioned Officer in Charge and scout vehicle truck commander on 168 combat escort missions throughout the Iraqi theater. During combat operations, she was awarded the Purple Heart, Bronze Star and Combat Action Badge during her deployment.

On her civilian side, SGM Blackwell works for the Minneapolis Police Department as the Commander of the Training Division. Prior to that, she was the Lieutenant of Leadership and Professional Development Programs. Throughout her career she has served as a Homicide Detective, Supervisor for the S.W.A.T. Crisis and Hostage Negotiator Team, Violent Criminal Investigation Team; Assault, Sex Crimes and Narcotics Investigator, Violent Offender Task Force and Patrol Supervisor.

She is a graduate of Saint Mary’s University of Minnesota with a Master’s Degree in Public Safety Administration and the Northwestern University School of Police Staff and Command. She is an adjunct professor at Saint Mary’s University teaching police leadership. SGM Blackwell’s husband Steve also served in the U.S. Army and is a combat Veteran. Steve and Katie are from Minneapolis and have two children, Kristyn and Cassie.

Thank you to our generous sponsors: 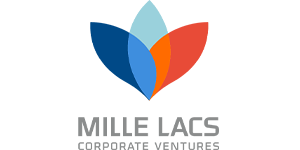