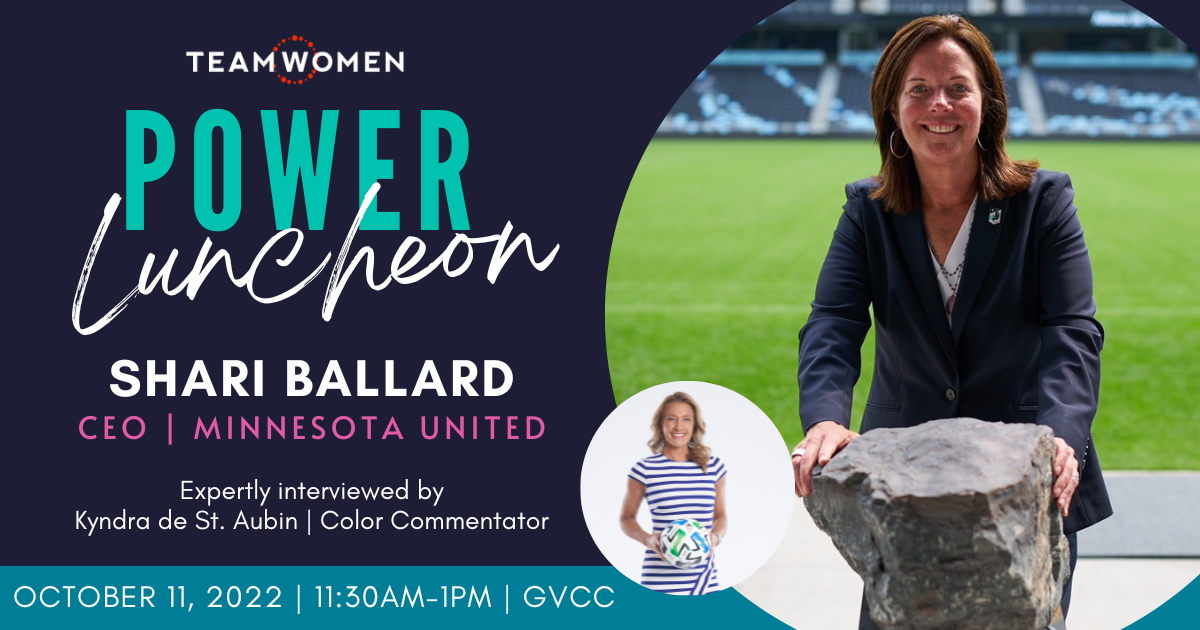 Join us in October for the return of TeamWomen’s Power Luncheon with Shari Ballard, Minnesota United’s CEO, and the Twin Cities hottest speaker in town!

Expertly interviewed by Kyndra de St. Aubin, Shari will share stories of her Leadership that keeps the team United  and how her 25 year career as a Best Buy executive prepared her to take on the helm of Minnesota’s Major League Soccer team. Shari is a long-time resident of the Twin Cities who was named one of Fortune Magazine’s “Fifty Most Powerful Women in Business” in 2011, 2015, 2016 and 2017.

Shari Ballard is a seasoned executive with more than 25 years of deep retail experience. In August 2021, Shari charted a path into the world of professional sports; taking over as Chief Executive Officer for Minnesota United FC, the State’s Major League Soccer franchise. Prior to joining MNUFC, she was the president of multichannel retail for Best Buy Co. Inc., where she was responsible for all U. S. Best Buy stores, e-commerce, Best Buy Mexico and the company’s real estate strategy until August of 2018. She continued to serve as an advisor until April of 2019. 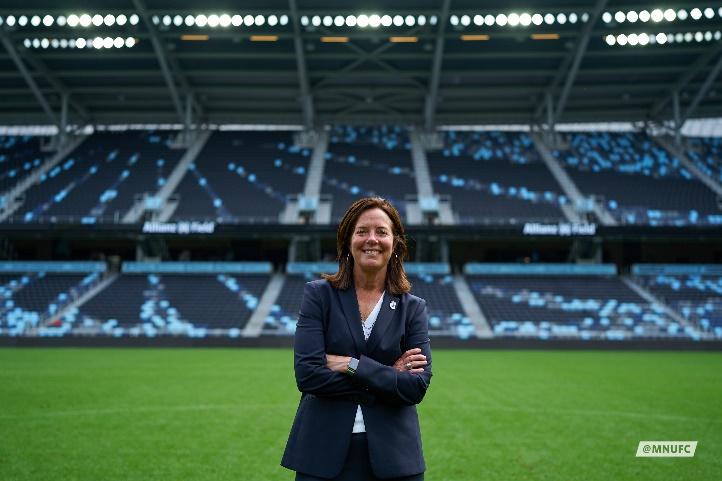 After graduating with a bachelor’s degree from the University of Michigan – Flint, Ms. Ballard was hired in 1993 to work in a local Best Buy store, beginning as an assistant store manager and rising to general manager. After a variety of retail leadership roles, she was promoted to executive vice president of human resources and legal.

In 2007, Ms. Ballard assumed responsibility for Best Buy stores in the United States, focusing her energies on deepening customer relationships and better utilizing the full range of talent and resources that reside within the company’s stores to drive growth. She was promoted to president of Americas, U.S. and Mexico in 2010, and two years later, she was appointed president of international, overseeing business and the transformation efforts in Canada, China, Europe and Mexico. In 2014, Ms. Ballard assumed the role of president of U.S. retail and eventually began a dual role to include chief human resources officer. In 2017, she added e-commerce to her responsibilities.

Ms. Ballard serves on the board of directors for Ecolab Inc., the global leader in water, hygiene and energy technologies and services; PetSmart the leading specialty pet retailer; Allina Health; and the board of trustees for the University of Minnesota Foundation.