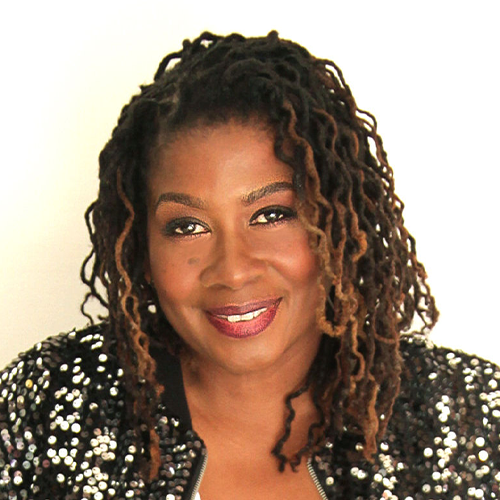 Juanesta (“Winnie”) Carlota Holmes has worked in the television industry for over 25 years. She began working in sitcoms as a Production Assistant, then was promoted to Writer’s Assistant, and eventually became a Script Supervisor in multi-camera, episodic, commercials, and feature films. She set her sights on directing while collaborating with acclaimed directors and actors over the course of her highly successful and long career as a Script Supervisor.

A few of her major television credits include Young Sheldon, Rosewood, Real Husbands of Hollywood, Treme, Girlfriends, The Steve Harvey Show, and many others.

Juanesta is also a musician and amateur athlete. As a child, she studied piano, flute, and piccolo. She played with the great jazz artist Wynton Marsalis in their youth when they accompanied the New Orleans Symphony. A thirteen-time marathon finisher, she has cycled across America and completed five triathlons.

Juanesta has a vibrant personality and infectious presence of joy. Originally from New Orleans, Louisiana, she attended Texas Christian University, where she received her B.F.A. in Radio-TV-Film.